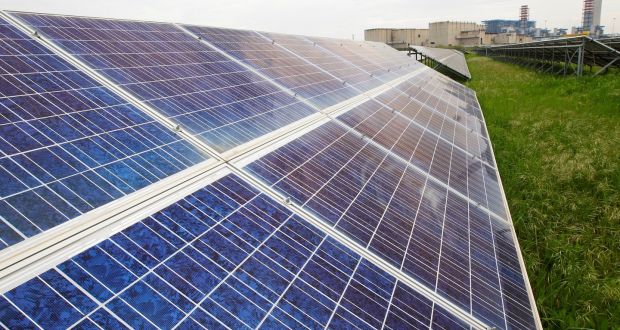 BNRG develops and operates solar farms in the Republic, US and Australia.

Dublin-based BNRG develops and operates solar farms in the Republic, Europe, the US and Australia. The company confirmed on Tuesday that it is selling eight solar projects that it is building in the US state of Maine to Acadia Renewable Energy, an affiliate of $221 billion (€187 billion) investment business, Carlyle.

The deal involves a total investment of $130 million (€110 million) by Carlyle. Working with its local partner, Dirigo Solar, BNRG will finish building the electricity generators and manage them once they are switched on. Carlyle will pay for the projects’ construction and own them.

David Maguire, co-founder of BNRG, said the company would retain an interest in the power plants that would allow it to benefit further if earnings exceeded projections.

“In the last 12 years, each of our assets has either met its projections or outperformed projections, in fact, on average they have outperformed,” he added.

Local electricity suppliers Central Maine Power and Versant Power have pledged to buy the electricity that the solar plants generate for 20 years.

Once built, the projects will generate a total of 100 mega watts of electricity, enough to power about 19,000 homes in the US state.

Mr Maguire said that the first four plants would be built and switched on by Christmas.

All eight should be supplying electricity to the Maine network by the end of summer 2021, he added.

“Maine represents a tremendous opportunity for solar power generation, and we look forward to additional development activity in the state over the coming years,” said Mr Maguire in a statement.

Pooja Goyal, managing director and co-head of Carlyle’s infrastructure group, said: “We see significant value in renewable development in the region and the support for these projects has been tremendous.”

Carlyle is financing its element of the deal through a mix of borrowing from multinational bank HSBC and tax equity from US financial institutions.

The US gives tax incentives to companies that invest in infrastructure, including renewable energy plants.

BNRG already has a number of solar plants operating in Oregon in the northwestern US that it owns and manages.

The Irish company has offices in several locations in Europe, the US and elsewhere, including Singaport and Melbourne. Mr Maguire described Australia as a “very exciting market”.

BNRG is working on several solar projects in the Republic, where three out of four recently succeeded in the State’s Renewable Energy Support Scheme (RESS) auction. This means they will receive guaranteed prices for the power they generate and sell.

“We started development in Ireland back in 2015, in the same month as we started in the US, and we’ve had operating assets in the US for two years,” Mr Maguire pointed out.

However, he said that the introduction of the new RESS, which included price supports for solar energy, would speed up the pace at which these projects proceeded in the Republic.

By the end of June, Carlyle was managing $221 billion on behalf of its client. Its investments span 274 companies in industries including energy, aerospace, defence, transport, and technology. Separately it has more than 370 real estate investments.