For Mainers, by Mainers.

Dirigo Solar was founded in 2015 and within six months was awarded the largest solar contract in the history of the Maine Public Utilities Commission.

The rapid growth of our venture required an expanded team with a  track record in large scale solar. In 2017, we selected BNRG Renewables based in Dublin, Ireland – a proven leader in utility scale solar both in the EU and the US. Together, Dirigo and BNRG formed a joint venture, BNRG Maine, LLC, which develops and finances the PUC portfolio as well as other projects in the development pipeline.

A fourth generation Mainer, Bob has achieved national recognition for his achievements in the renewable power and fuel sectors. A lawyer turned entrepreneur, Bob began his professional career at the U.S. Department of Justice, where he prosecuted white collar crime as part of DOJ’s Honor Program. Following a career in private practice, he joined Wheelabrator Technologies and was instrumental in helping to shape environmental attribute tracking systems in ISO-NE and PJM. He ran the Washington, D.C.-based Biomass Power Association from 2008 to 2019, and played a lead role in expanding Section 45 production tax credits, accessing alternative fuel programs (LCFS and RFS) for the biofuels industry, and engaging with EPA, states and NGO’s on carbon policies both in the US and abroad. He is passionate about deploying sustainable, cost-effective energy solutions to help grow Maine’s rural economy. 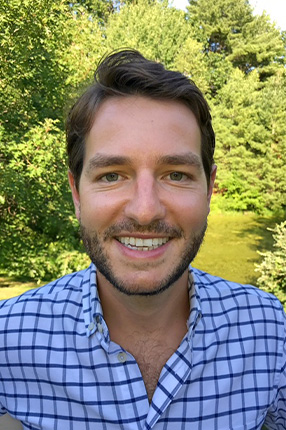 Nick is a founding member of Dirigo Solar and Director of BNRG Maine. With over a decade of experience in the renewable energy sector, his focus has been on business origination, development, operations, and fundraising. Prior to Dirigo Solar, Nick was VP of Operations for the Biomass Power Association, the nation’s leading trade organization for biomass power producers, representing more than 2,000 MW of installed capacity. Nick studied Politics, Philosophy, and Economics at Oxford University, and earned his BA in Political Science from Bates College. 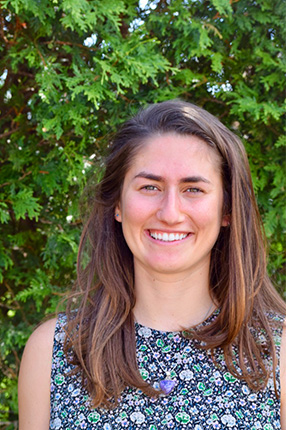 Audrey Puleio is lead Project Manager for Phase 2 of the Maine portfolio. Born and raised in Maine, she is excited to return to her home state to work with fellow Mainers to realize the potential of alternative energy and utilize the land in a renewable landscape. In the solar space, she actively collaborates across teams, working with local contractors for securing environmental permitting and grid feasibility, and helps build strong communities for a more sustainable state. Audrey’s exposure to Maine’s communities is diverse; she managed a lobster wharf in Harpswell, worked on aquatic organism passage and increasing wild Atlantic salmon habitat throughout the state with the U.S. Fish and Wildlife Service, and completed the Maine marathon three times. Audrey holds a dual degree in Environmental Studies and Religious Studies from Bates College and the Institute of Buddhist Dialectics program in Dharamshala, India through Emory University.